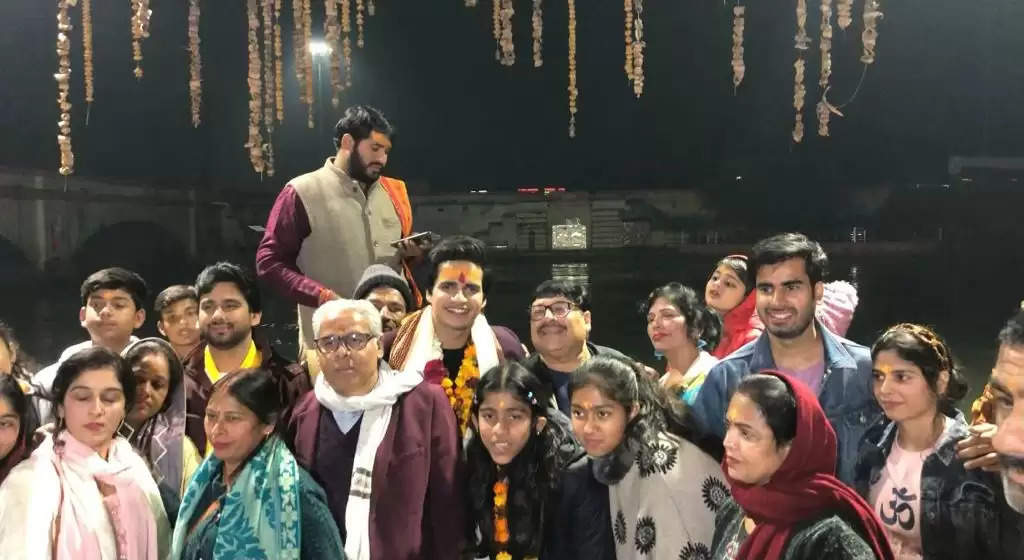 Khatauli’s rising star Aashish Bharadwaj with successful and fruitful growth in his carrier has indeed made a lot of influence on others. His recent project ‘Mithai’ a fun rom-com drama has resulted in an increased fan base all over pan India, with such a wide reach and fame, in his recent social media post, people of Khatauli all together being one family welcomed their ‘Jewel’ with alluring fire- flowers held procession, greeted with warms hugs and smiles, rained dozens of garlands.

They made him feel like a ‘Golden Child’ of Khatauli and showered him with blessings.

We could also see his house was decorated ‘as pretty as a picture’ with freshly blossomed florets by his fans and supporters, who were waiting in front of the house to welcome him.

People expressed themselves with great exuberance and zealousness and patiently listened to his speech with zeal after the Maha-Yadny which was organized for his welcome. Finally, Aashish Bharadwaj thanked everyone for such a heartfelt surprise and for keeping faith in him, he ended his day with a kind gesture by taking a selfie with his huge pack of supporters as a souvenir that he would never forget